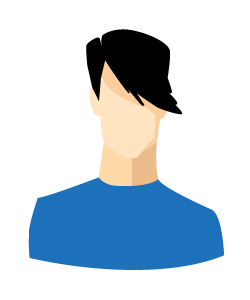 Hello, my name is Hank Jones. Welcome to my website about photography. When I was in college, I took several photography classes to complete the electives required for my degree. Since that time, I have developed a passion for taking great pictures throughout my travels. I can even transform the most mundane trips outside the house into excellent photo-taking opportunities. On this site, I hope to explore the different types of photos you can take using great photography techniques. Please feel free to visit my site daily to learn new photography tips and tricks. Thank you for coming by. See you again soon.

The photography business can be tough to break int …

If you operate a company that sells and services s …

Read More
Could Your Business Benefit By Having A Video Of Corporate Events Produced?
3 June 2019

If you're like most people who've been in business …

Your headshot, in many ways, defines you. Whether …

It is probably incredibly important to you to make …

Whether you're a business owner looking for unique shots of your location or an event planner who wishes to capture proceedings from an interesting angle, you might be keen on hiring an aerial filming service for some photos and videos. The popularity of drone technology means that many aerial filming companies, such as SteadyFly, can offer their services through the use of drones — giving you a cost-effective alternative to hiring a helicopter or small airplane for this work. Flying a drone presents many advantages, but there are also some rules that the company will need to follow. Make sure that you're aware of these things before you book the aerial filming service.

The Company May Not Fly Over A Public Gathering

Flying a drone over a public gathering has received a lot of government and media scrutiny in recent years. If you're looking for aerial footage of a large gathering, the aerial filming service may need to have permission from the Federal Aviation Administration. However, for smaller gatherings, the aerial filming service may not be able to fly above a crowd. There's always a concern that a drone malfunction could cause it to crash into the crowd, making some companies reluctant to fly in such a location. It's always best to consult the company to learn more about where it can fly.

Your Location Could Pose A Challenge

There are tight restrictions on drone operators flying around locations such as airports. A drone that soars too close to commercial airline flight paths could pose a significant safety risk, not to mention a legal liability. You should always consult your proposed location and understand that the aerial filming service will need to be careful in certain instances. For example, if your location is near an airport, the filming service will need to ensure that its drone remains at a safe distance.

The Drone Can't Go Too High

High-quality drones have the capability of flying high into the air, but the aerial filming service knows that its drones should stay below 400 feet. You'll need to carefully evaluate exactly what type of footage you want to get. While footage from high in the sky is valuable, lower-angled shots (which are perfectly suitable for a drone) are ideal because of the unique angles they present and the details that they show. Provided that you're aware of these three important rules concerning drone usage, you can tailor your request accordingly and contact your local aerial filming service to get the shots you want.